← Jupiter Ascending review: What happens in space, stays in space

The 5 best books I read this summer

I’ve done a lot this summer. I went on holiday to Menorca, I saw the overgrown ruins of an old cottage back home in Solihull, and, most excitingly of all, I read a lot of books.

Some of them were distinctly average – Cary Elwes’ memoir of The Princess Bride, As You Wish, was wonderful for learning bits and pieces about one of my favourite films, but the writing was dodgy. And some books I read were kind of bad – I only got three pages into Anne Rice’s Queen of the Damned before I cringed so hard that the cringe ran all the way down my arm and flung the book back onto the shelf.

Overall, though, it’s been a very good season for reading for me. Here are some absolute gems I gobbled up. 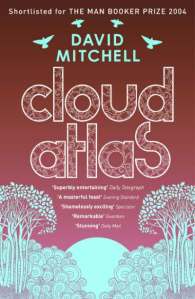 There’s a reason Cloud Atlas got a Man Booker nomination, and it’s because it’s bloody good – my favourite read of the summer, I’d say. Through the stories of six different people, all from different points in time, Mitchell weaves a tale of interconnected lives, exploring how deeply linked the past, present, and future can be. Sounds complicated, but it’s really not – just sit back and let Mitchell take you for a ride through 19th-century Polynesia all the way through to a post-apocalyptic future, and be touched by each story in its own unique way.

The Haunting of Hill House by Shirley Jackson 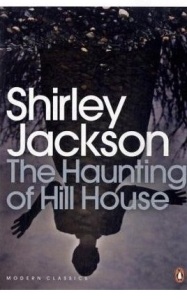 It’s rare that a scary story actually, you know, scares me, but Shirley Jackson has managed it. Written in 1959, The Haunting of Hill House is the grandmother of all those haunted house stories that have now become movie clichés. Four strangers stay in the spooky and bizarrely-architectured Hill House for a season to see if they spot any ghostly goings-on that previous residents have reported. And lo and behold… they do. Jackson’s prose is absolutely charming, the characters are believable – and the protagonist’s anxiety all too real – and the events that unfold are spooky as heck.

A Monster Calls by Patrick Ness 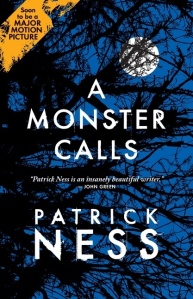 It wouldn’t be a list of books I liked if it didn’t include a top-notch piece of YA fiction. Patrick Ness has impressed me in the past – More Than This and The Rest of us Just Live Here got firm five-star reviews from me – and A Monster Calls was no exception. 13-year-old Conor starts to get visits every night from a huge, monstrous yew tree at a time in his life when he really doesn’t have time to be dealing with monsters. While the monster seems sinister and violent, he only seems to want to tell Conor stories… You’ll easily devour this one in a day or so and be sobbing by the end, if my experience is anything to go by.

Animal: The Autobiography of a Female Body by Sara Pascoe

I’ll admit, I’m getting a little tired of ‘part memoir, part ____’ books, but it doesn’t seem to stop me from reading them. Comedian Sara Pascoe’s part memoir, part exploration of the evolutionary psychology behind our attitudes towards gender and sex is exactly that, and it’s hilarious. As a feminist text it doesn’t entirely stand up – it’s very much a ‘pop feminist’ kind of book, not exactly a set text on a gender studies course – but for a brief and fascinating introduction to the world of evolutionary psychology and how it affects (or doesn’t affect) our view of gender roles, it’s excellent. It’s also very honest, and very, very funny.

For me to read and enjoy a post-apocalyptic story, it has to be very good. Enter Riddley Walker. Hoban has taken an approach to post-apocalyptic landscapes that I haven’t seen before: protagonist Riddley lives a good two or three thousand years in the future after a nuclear war destroyed the world as we know it, and humanity has been sent back to the iron age. But there are still hints of what the world used to be like… and hints that it hasn’t all been lost. Most interestingly of all, though, is the language that Hoban has used – the entire book is written in a future version of a south-eastern English dialect. Like a rural Clockwork Orange.

Add me on Goodreads for more opinions on books and whatnot, or comment below with your own recommended summer 2016 reads!

I'm a writer from Birmingham, living in London. I like music, macaroni cheese, and wearing fancy shirts.
View all posts by Kay Staples »

← Jupiter Ascending review: What happens in space, stays in space